Eat Them To Defeat Them - Winners - Friday 11th September 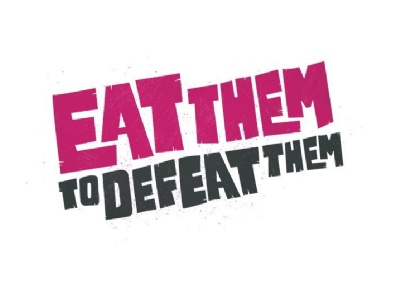 On Friday 11th September, the winners of the Eat Them To Defeat Them poster competition were announced during our virtual zoom collective worship. Congratulations to Oliver Germany, Charlotte Whitaker, Gracie Burns and Stella Wolna who all received a certificate and an amazing art pack.  The winning posters along with the all other entries are displayed in our schools to be seen. The children were challenged to create a poster that other kids would enjoy, showing kids defeating the veg by eating them. It had to include the featured vegetables - carrots, peas, broccoli, sweetcorn, tomatoes and peppers, which the children all tried during the campaign. At both schools we submitted a winning poster from each class to go into the National competition but in light of early school closure, they had made the difficult decision to suspend the National Schools' Poster Competition. Only a small handful of the 1,500 schools taking part had the chance to complete their entries and many children had missed out. They therefore decided to suspend the competition. The children who had already entered were all sent an art gift set to show their appreciation.
We hope the children enjoy using their art packs to create some more fantastic art work in the future.